A Themed Birthday Party sounds like a fun thing to do for your kids. Besides they only have one special day a year generally so why not go all out and be extravagant? 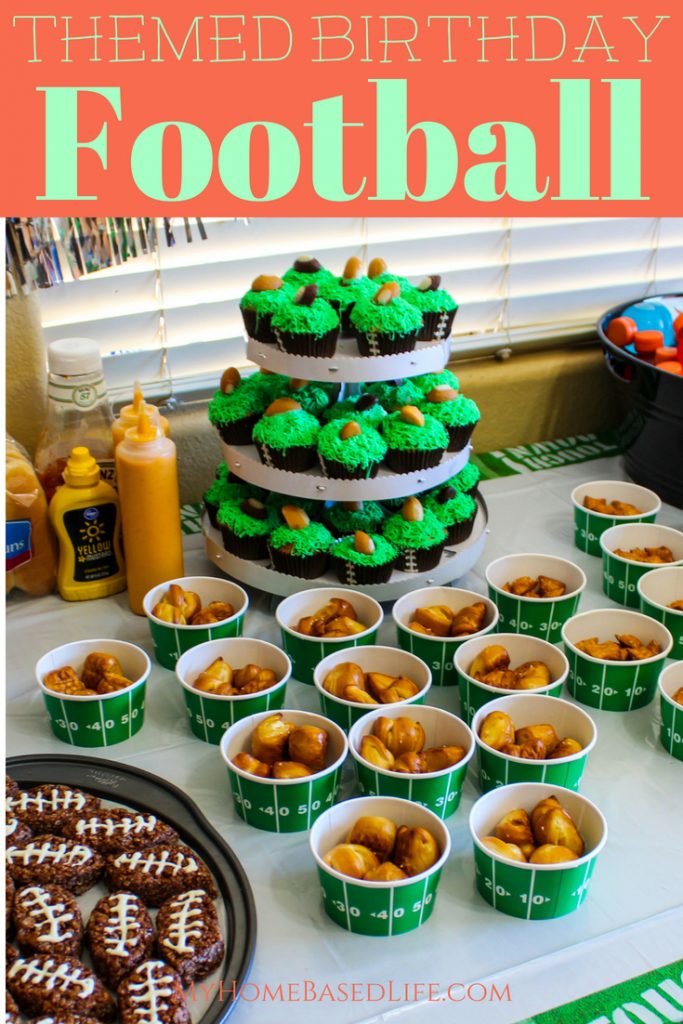 The year one of my boys turned 7 all he wanted was a Football Birthday party. Of course, he pipes up with this idea about 3 weeks before his birthday so it was pretty chaotic that three weeks to get everything put together.

This was the fun part. I love decorating and getting creative so we jumped right in with invites.

Football Invites – I found these on Etsy and fell in love! I had my files within 12 hours of purchase. The seller was amazing and even made minor changes for me instantly. We printed them on 100-pound cardstock at the local UPS store but you could print them at home as well if you have a decent printer. They also come with Thank You cards so you won’t have to purchase those separately.

We loved this Football Frenzy Game Time Banner. It really brought the whole thing together. We bought ours through Party City as it was a little cheaper than Amazons banner.

Penalty Flags – This was such a fun DIY to do. It really stood out and was a hit with the other parents too.

Football Plates–  Party City again beat out Amazon on these. They also had this bundle that included the table covering I wanted.

Room Decorations – When we got these decorations they said, GIANT. I underestimated that word. They were HUGE! They literally filled up my living room and dining room. After the party, they were relocated to my son’s room. 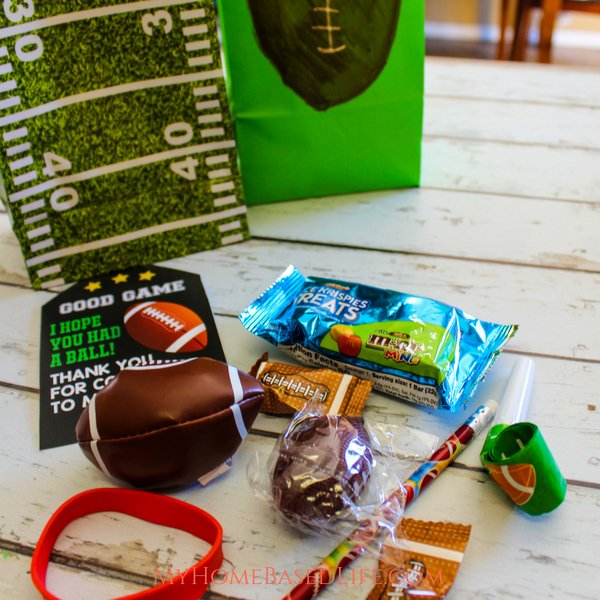 Party Favor Bags – These were so much fun to put together and it was something my son tackled as his own project for the party. We bought the field printed bags and then picked up regular green ones from Dollar Tree and just colored footballs on them. Packed inside were these fun toys:

You can also buy party packs for party favors. We thought about this 12 pack of favors or this 48 pack but in the end, my son changed his mind so many times we just randomly grabbed. 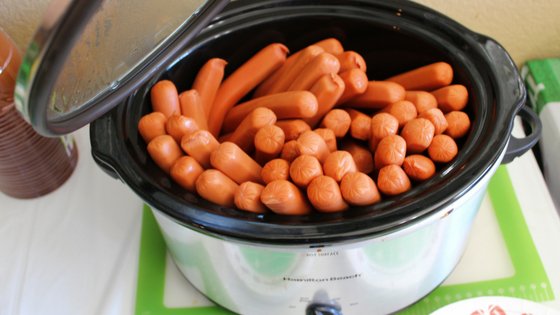 Crockpot Hot Dogs – This is the most time saving of them all. Literally, put the entire package of hot dogs in your crockpot (thawed or frozen) and set it on low for 3-4 hours. The hot dogs make their own water so no need to add any. Its a set and forget, and I LOVE it. SAVE THE PIN for later!

Football Cupcakes – So simple and fun.

Pretzel Bites – These were a huge hit. Get your self some squeeze bottles and put nacho cheese in it and its perfection.

If you have other foods to display consider using these Football Snack Bowls, they would be awesome for popcorn and so much more.

Do you have more ideas to make a Football Themed Birthday Party even more awesome? Share your ideas below.