I’mÂ not really sure where my son got his passion for football but it’s real, Y’all. I’mÂ talking, this kid breathes football. Somehow we get a High School Football tv channel and heÂ glues himself to it. He calls the plays, yells at the players for messing up, tells the plays they should have gone a different way to avoid a tackle, and also says ” I would have done (insert whatever it is here)”.Â  I was really not surprised when he said he wanted a Football Themed Birthday party this year. 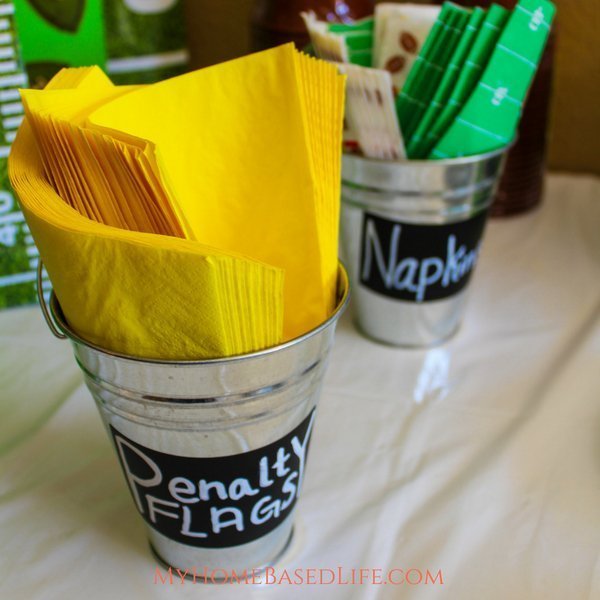 The simplest DIY you could probably think of are these Football Penalty Flags. They took me all of 3 minutes to throw together and were perfect on the table for my sons Football Themed Birthday Party. 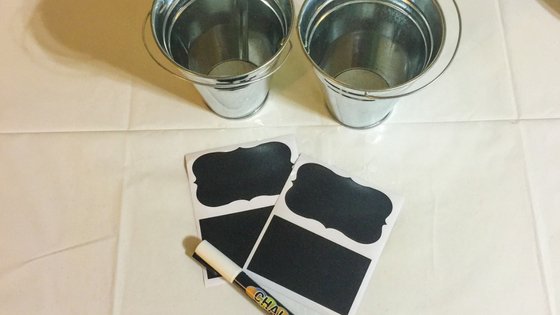 Related:Â How to Create a Grab-n-Go Homegating Table

I rinsed out the buckets before use but it’s not required since you aren’t using it for food in this particular DIY.

Use the chalk marker and write PENALTY FLAGS on the chalkboard label you chose to use.

Put the sticker on the galvanized bucket. 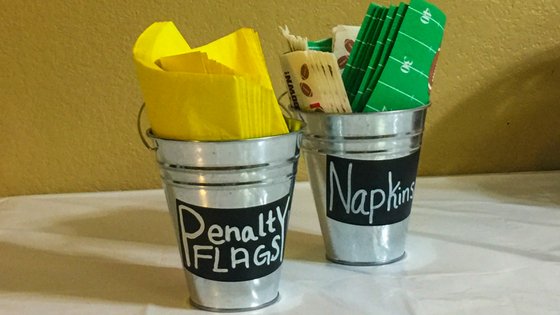 Stuff the bucket with Yellow napkins.

You could also do a label that says “CHALLENGE” and stuff that one with Red Napkins if you wanted. 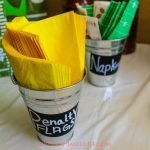 The easiest birthday party DIY ever. 3 Items for supplies and simple 2 steps to finished. Make these Football Penalty Flags for your Football Themed Party.

You could also do a label that says CHALLENGE and stuff that one with Red Napkins if you wanted.