To make the world famous Disney dole whip you only need three ingredients. This is the exact recipe that Disney uses to make their delicious and addicting pineapple whips. 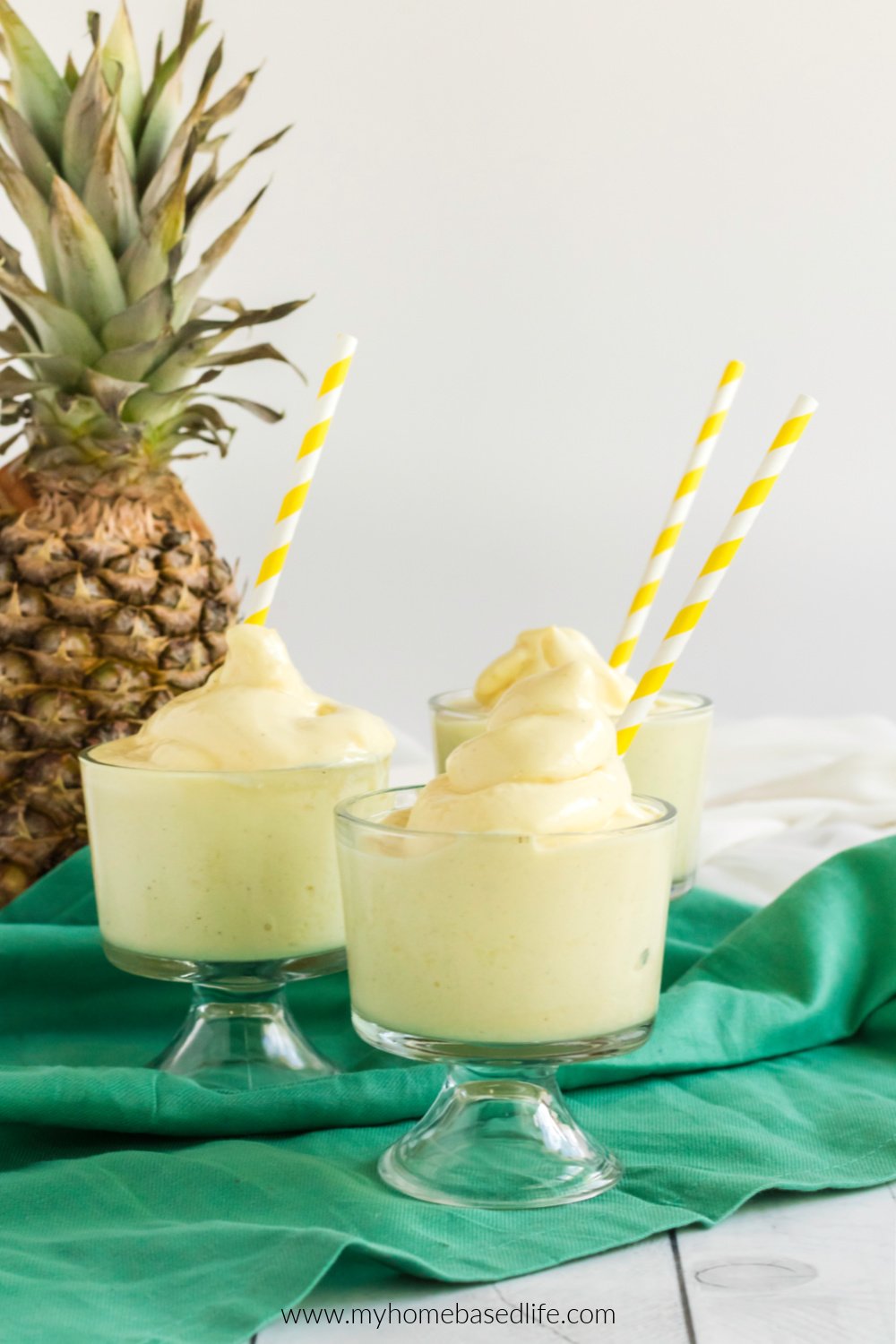 One of the most popular Disney treats, is so easy to make at home! A dole whip is a refreshing and yummy summer dessert. 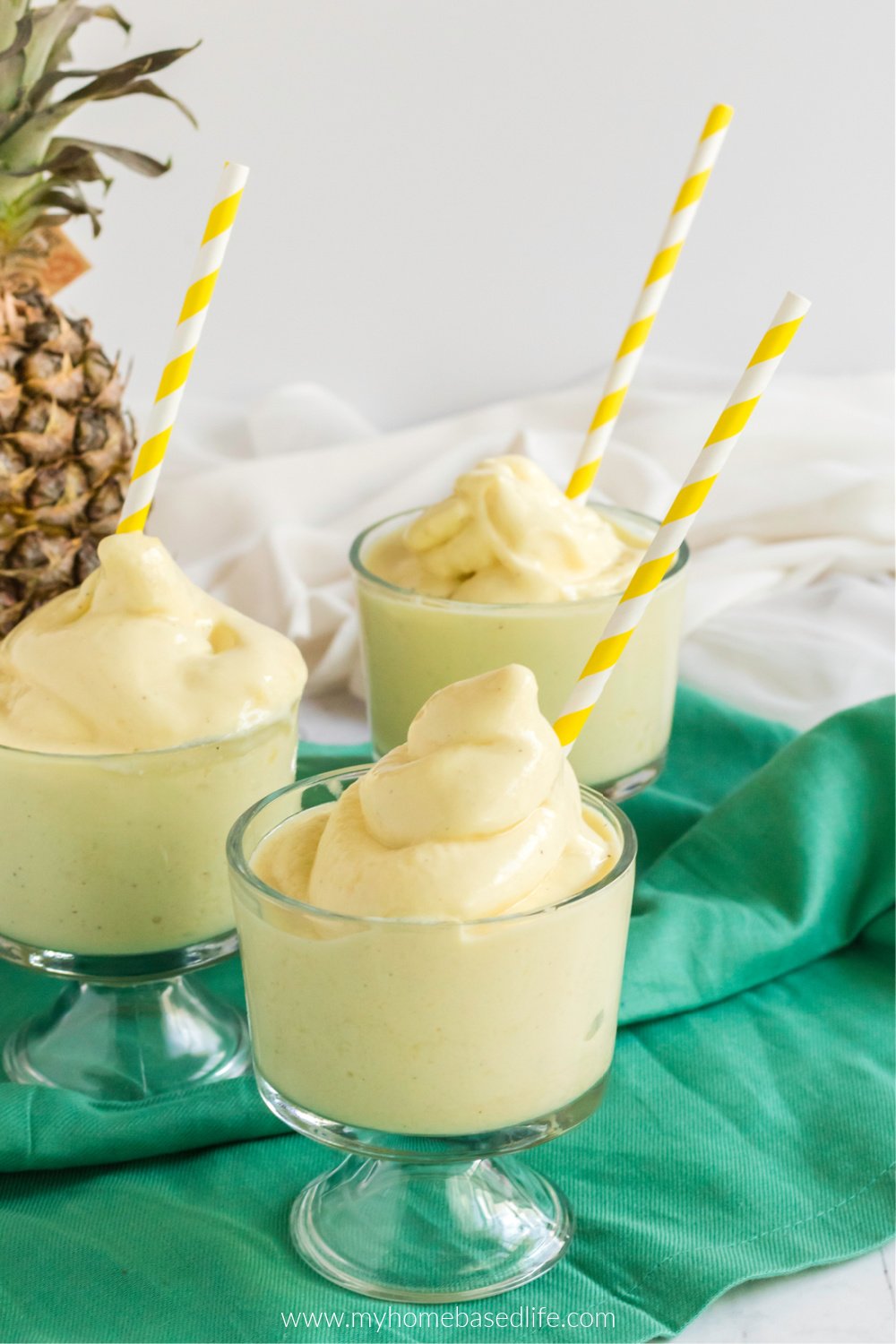 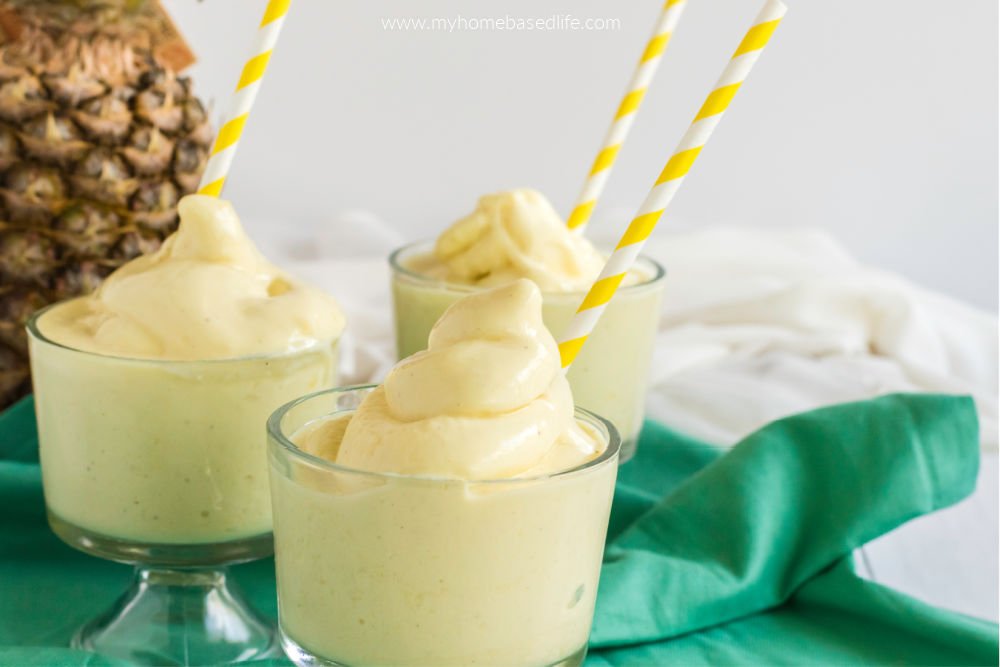 How to serve a Disney dole whip

You can serve a dole whip in a cup with a straw, a bowl with a spoon, or even a cone!

How to keep leftover whip

Most likely you won’t have leftovers, but if you do have extra dole whip you can store it in an air tight container in the freezer! 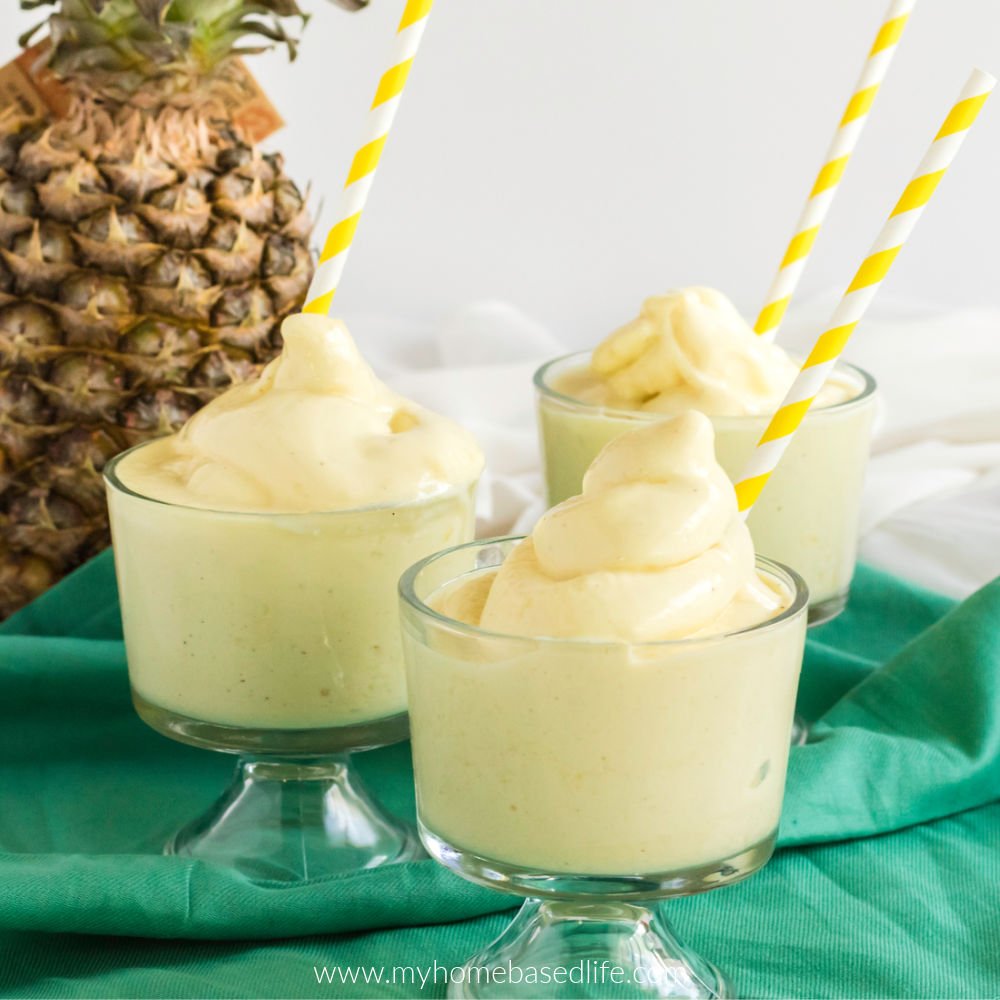 What is in a dole whip 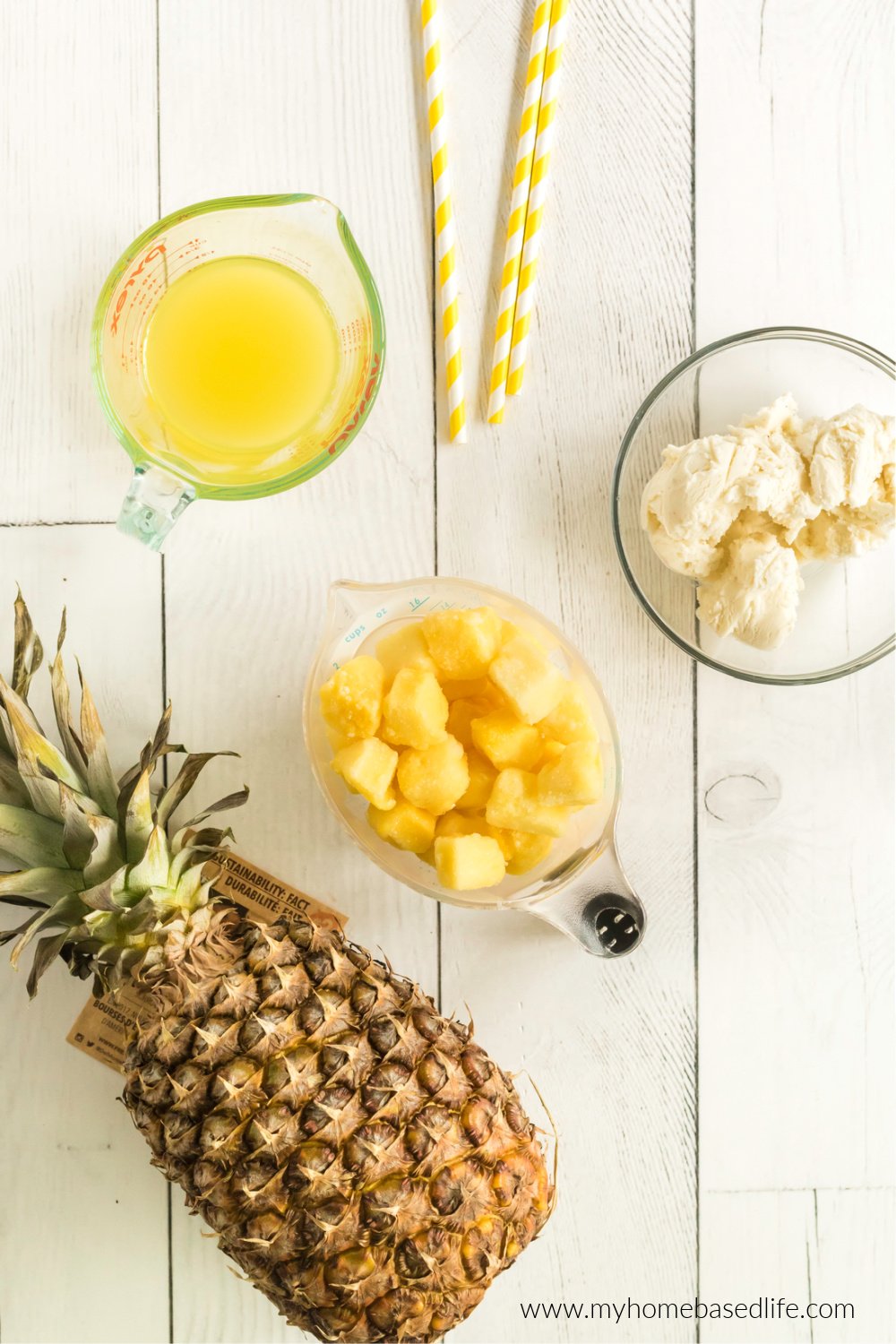 How to make a Disney dole whip 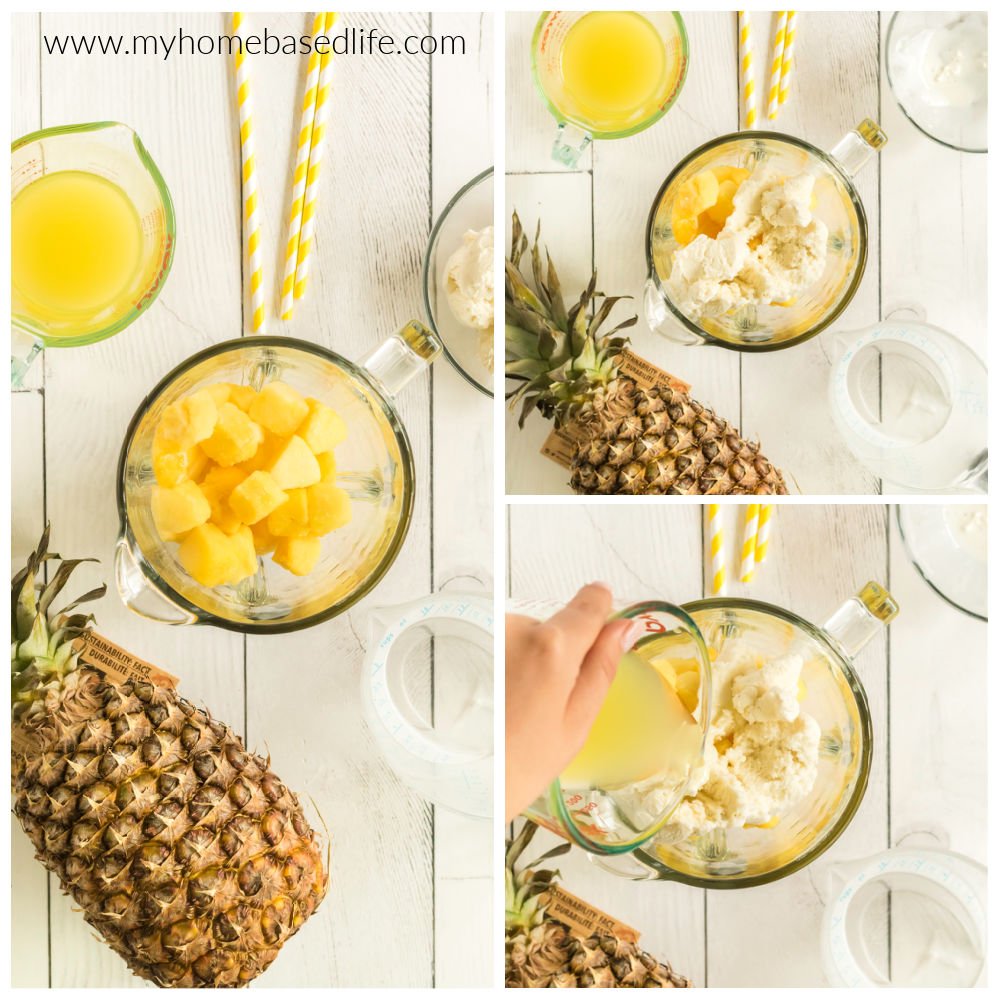 Begin by adding the frozen pineapple, vanilla ice cream, and pineapple juice into a blender. 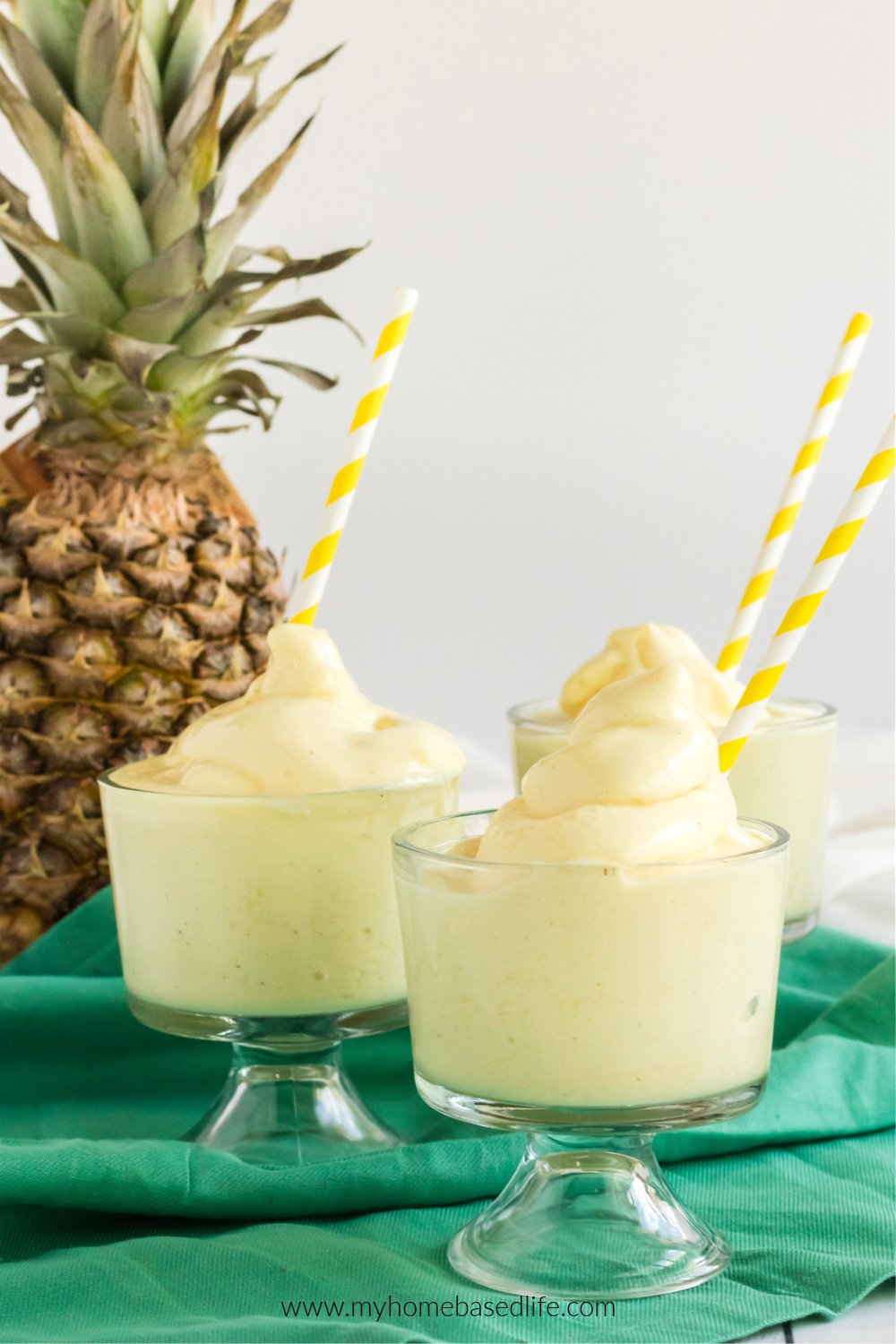 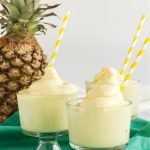 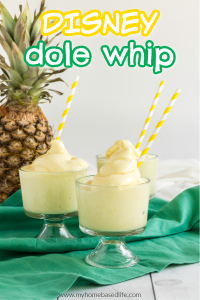 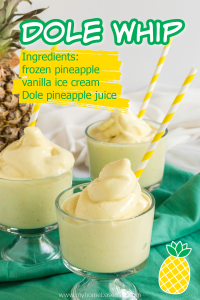