If your kids are anything like mine they are constantly building with their Legos. They build it up and tear it down just as fast.Â  Many times I give them an item and tell them to build it.Â  Their creations are impressive. Don’t miss this Lego Building Sets Gift Guide to find awesome options that will keep the kids building. 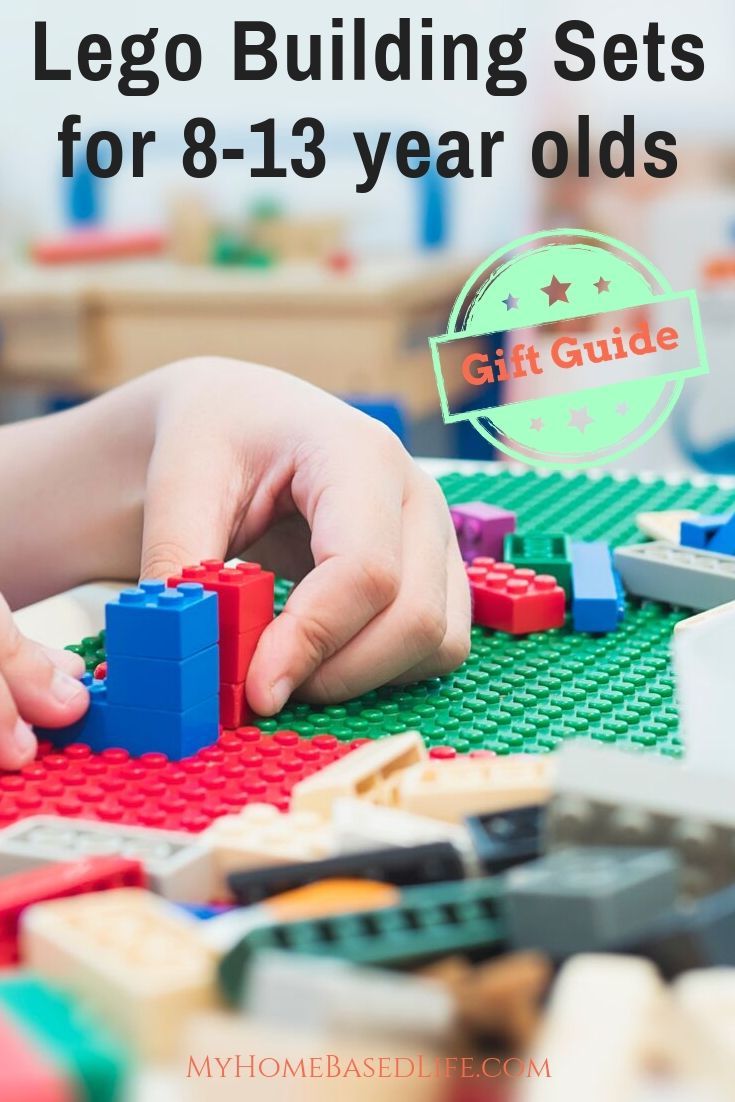 This year they are wanting even MORE legos. So I went hunting for more complex kits that may challenge them a bit more. Here are 15Â LEGO Building Sets for 8 – 13-year-olds that my kids have pointed out a time or 2.

Maybe your kiddos will like these as well. Looking for more ideas?Â  Try these:Â Building Sets for Kids also great for the family isÂ Family Game Night Gift Guide.

Build the Golden Dragon, featuring an opening mouth with hidden stud shooter and pose-able wings, legs, and tail, then recreate the epic Final Battle from the tv show!

Featuring impressive detail and a rotating head, this is one must build kit for Star Wars fans!

Build a holiday train and go chugging into the holidays with this festive set!

Build a ski resort with this 800+ piece kit. It includes numerous awesome accessories.

Build a 2-story log cabin with an outdoor hot tub, kitchen, lounge area with fireplace, dining area with table and chairs, upstairs bedroom with 3 beds and a snowmobile!

This kit has everything a Minecraft fan needs: a Steve Minifigure plus horse, cow, slime and Creeper figures, plus a golden pickaxe, TNT, tools, torches, chest, crafting table, crops, plus ore blocks to name a few!

Elves Aira and The Song of The Wind Dragon

Create a gorgeous wind dragon figure with a floating island!

Pursuit of The Joker

Hop in the Batmobile and go in pursuit of the comical nemesis Joker!

Build it, pose it for battle and display it in all of its Chewbacca Lego glory.

Add an element of intimidation to your Lego Star Wars play with Vader’s Castle. This set includes numerous minifigs.

The Revenge of the Sith Droid Gunship

This almost 400 brick set includes a few favorite minifigs for a fun build and play session!

This tractor building kit has move-able parts and logs that you can play transporting after building! How fun

Kids will have a yabba dabbo do of a good time building a part of pop culture that is iconic enough that almost everyone recognizes it!

Related: In Case You Get Crap For Christmas

This kit is awesome it invites dramatic play and hands-on building with an augmented reality component.

Recreate an epic Spiderman car chase scene with Legos in this kit. So much fun and not at all complicated for a quick activity.

Any Avengers fan is going to love building this awesome Iron Man Hall of Armor set!

Builders can take a voyage into outer space with this Mars research Shuttle kit. It includes astronaut minifigs which are a must-have for any collection!

Build a treehouse for the included minifigs as well as the Lego friends you already have in your collection.

If your kids are still coming down from a summer Disney trip, they are going to flip for this fabulous black and white Steamboat Willie ship featuring Mickey and Minnie!

Avengers fans are going to be chomping at the brick to get started with this awesome building kit!

Pirates and Roller Coasters… Oh my, this 3 in 1 kit is guaranteed to be a good time built by all! This is a top choice for my Lego Building Sets Gift Guide.

If your child has discovered Harry Potter they are going to love building this Great Hall kit. It has a lot of awesome details practically transports the builder to Hogwarts!

This kit builds 5 posable Voltron lions and combines them all to create the Voltron super robot toy!

Build a house for the included friends and see what adventures await the Lego friends in their new digs.

Open-ended play, classic building and augmented reality? These are a few of the things that make this a favorite for the Lego Building Sets Gift Guide.

LEGO City Great Vehicles Diving Yacht
Get ready to make a splash! This kit combines a water play theme with the classic fun of Lego.

The giant burger makes this kit a must-have for kids! It combines some super fun elements like drama, burgers and a heroes rescue opportunity!

Are there any other sets that should be added to this Lego Building Sets Gift Guide? Let me know in the comments.