It’s that time of year when parents across the globe bring out their ornery elf on the shelf. For an entire month, you will dedicate time out of your day to move and place this “doll” in various antics to be found by your children the next morning. Did you ever stop to think that Christmas magic works without lying about a stupid elf? 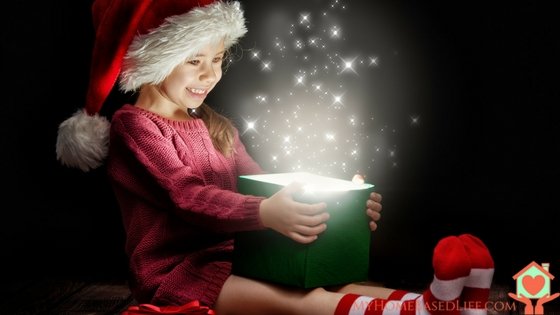 Christmas is a special time for just about every family in the world. For us, it’s a time when I can spend time with my kids making Christmas cookies, watching Christmas movies, and anything else we can do together this time of year. I love watching their eyes light up with the magic and excitement of Christmas!

While I may get a lot of backlashes, there’s one thing I believe strongly about, and that’s telling my kids the truth. I do not think it’s acceptable or okay to teach our kids eleven months out of the year that they need to tell the truth in all situations and have integrity, and then choose December to lie to them all in the name of fun and a stupid elf.

Lying to them about Santa is bad enough (and another topic for a different day), but spending an entire month lying to your kids every single day about a magic elf that’s watching them in the name of Christmas goes against everything Christmas is about.

Christmas magic works without lying about a stupid elf.

It does! I promise you it does. You don’t need to move an elf every night and make messes you don’t have time to clean up, in order for your kids to have amazing Christmas memories and to experience the special excitement that comes only with Christmas. For generations, kids have lived without this elf on the shelf, and still experienced the magic of Christmas just as much.

Bottom line? Stop lying to your kids. We can not teach our children that lies are bad, and that truth is of utter importance if it comes down to a little fun and we’re willing to do it to them every day. Telling my kids the truth about all things is very important to me. We’ve had a rough year, and had a lot of hurt feelings and damaged emotions from lies family members chose to tell my kids, and from now on only the truth is allowed in my house and for my kids. I won’t be another lie in the stack of untruths they’ve been told.

Getting rid of that stupid elf isn’t going to ruin Christmas. Telling your kids the truth, won’t ruin Christmas. If you want to do something special for your kids to keep the magic alive and exciting for all of Christmas, spend time with them! Use the time you spent setting up your elaborate elf schemes and then cleaning them up later, to engage in activities with your kids, instead of activities for them.

Not sure what to replace that time with? Why not make a craft with them? Bake some cookies? Go see the Christmas lights in the neighborhood? Read some Christmas books?

Volunteer at a local shelter.

You don’t need to lie to your kids for Christmas to be special. Sleep with a clean conscience this year, and spend time with your kids instead.Â Christmas magic works without lying about a stupid elf.