What’s better than a good slime recipe? Valentine’s Day Slime! Perfect for the holiday coming up and literally take only 5 minutes to make for hours of fun. 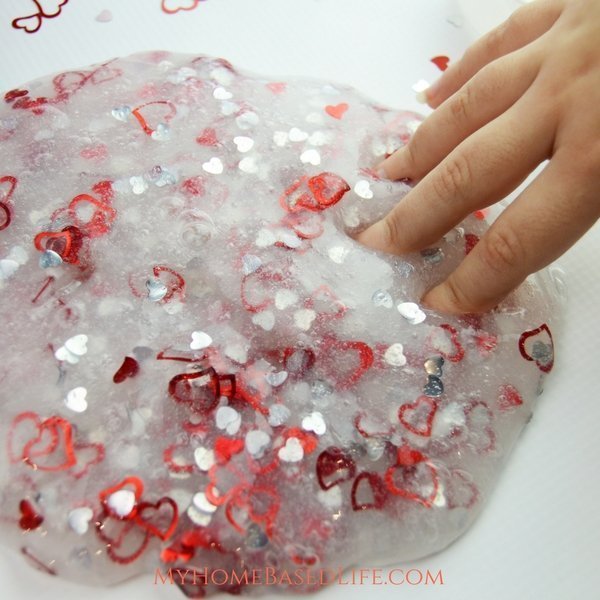 Recently I found the BEST slime recipe and we can’t stop making it! It’s only three ingredients, and it’s not sticky or stringy so it doesn’t make a mess! We also like THIS slime recipe too. We just like slime around our house, and if your kids are anything like mine, I’m sure they do too! This is also a great sensory activity, as the different textures are fun for kids to explore.

Disclaimer: Always supervise children under three years of age when playing with Valentine’s Day Slime. The confetti could pose a choking hazard if swallowed. 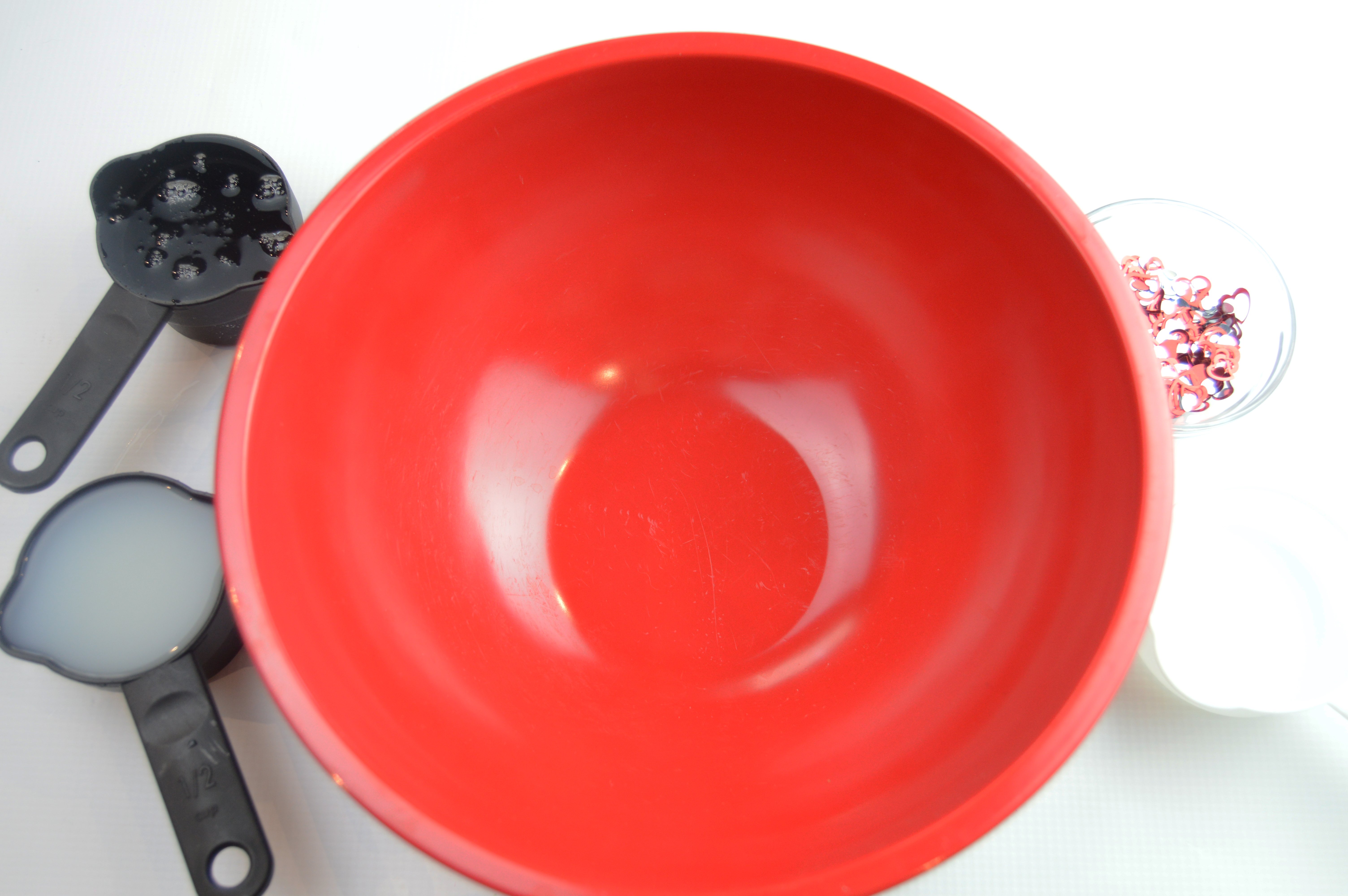 1/2 cup clear school glue
1/2 cup water
Valentine Confetti (I used this one and it turned out SO pretty!)
1/2 cup Liquid Starch


How to Make Valentine’s Day Slime

In a large bowl, combine the glue and the water and mix until well combined. The water and the glue will mix and will make a thin, runny liquid. Add in your confetti. If you buy the package we suggested above, use about half the package and it should be the right ratio. If not, add a couple of tablespoons of confetti to take your slime from normal slime to Valentine’s Day Slime.


Store yourÂ Valentine’s Day SlimeÂ in an air-tight container to be able to play with it again and again! If you keep it in a container, it may firm up a bit when stored. If you remove it from its container and squeeze it around for a while, it will get soft and stretchy again. Much like play dough, when cooled, the slime will be a little stiffer and will need to warm up before it’s soft again. 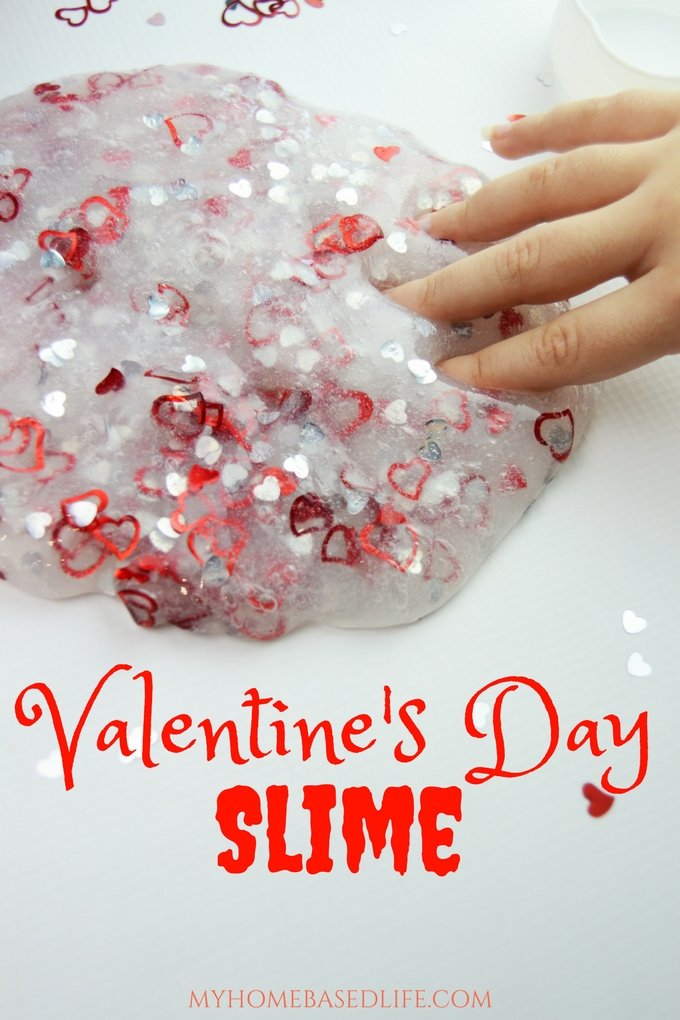 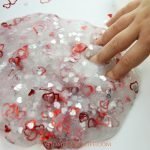 A slippery yet fun way for kids to use their hands.